Growing up in PARC

Posted on 5 February 2018 by dkarlton

Some of my fondest memories as a kid were from the Palo Alto Research Center (PARC). Xerox created the environment to foster innovation in technology. And there was so much cool innovation going on. I got to play around with it all first-hand, as a 7-year-old in 1978, when my father joined along with other cohorts from CMU. Until my dad left in the early/mid-80s for Digital Equipment Corporation, Xerox PARC was a second home for me. There were so many new cool things being done at that time — networking, graphical user interfaces, mails, you name it. My favorite pastime was playing Trek.

Xerox pulled out of PARC decades ago. And now Xerox has pulled its final plug. Lots of memories. Lots of nostalgia.

Posted on 4 December 2017 by dkarlton

Years ago, when my dad Phil Karlton was working at Netscape, he touted a now-infamous phrase:

There are only two hard things in Computer Science: cache invalidation and naming things.

It’s been fun following this quote on the Internet for the past two decades. It’s clearly been so sticky because it’s both funny and true. There have been lots of riffs on it, as well, all of which are delightful. Thanks, Internet.

Today marks the inauguration of the 45th President of the United States. The Donald. Everyone is coping with this in totally different ways, from elation to abject horror. We seem more and more divided, and the language each side speaks is incomprehensible to the other.

The only way to get out of this quagmire of disillusion and angst is communication and dialog. Until everyone can feel like they’re being heard, respected, and understood, we ain’t goin’ nowhere but down. The more we disagree, the more we need to open the channels of discussion, and shut down hatred and reactionist responses.

You can’t tell someone they’re stupid, expect them to suddenly have a moment of quiet self-reflection, and just suddenly agree with you. “Oh wait, you’re right! I am stupid! How did I not realize this before?” Said no one. Ever.

We must dispel and stomp out ignorance. Not by trashing those we deem as lacking. But by lifting them up. By sharing, by finding common ground, and working as a team.

Either way, I’m gonna miss the Obamas in the White House. I look forward to how they will contribute to this world in the years to come.

“Is It Just Me, Or Is the World Going Crazy?”

I thoroughly and wholeheartedly agree with this assessment of what’s happening to our collective conscious since the rise of social media. We feel like the world is hurting and worsening, but the opposite is true.

Is It Just Me, Or Is the World Going Crazy?

I always loved Georgia O’Keeffe’s work. My mom did as well. We had one of those large coffee table books at home with a bunch of her paintings. I always loved to flip through the pages and see good art.

Now there’s a new book coming out showing some of her watercolor studies.

Things that have occupied my brain for the past 14 months, aside from work and family:

Other Stuff that is not TV & Movies 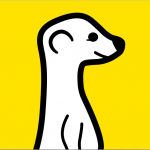 Not surprisingly, I started getting lots ‘n lots of hits on my site, from folks who I naturally assume assumed that meerkat.com would be the app’s domain.

I’ve been feeling run down and sickly a lot for the past few years. Yes, years. Nothing super specific. Just… overly tired. My memory is getting worse. When I try to get in shape by running, the next day I feel almost like I have the flu. Granted, I barely sleep, because of 2 li’l kids, and late nights working. And I ain’t getting any younger. But still — something just doesn’t feel quite right with my wavering constitution.

Two years ago, I had some kind of weird mouth plague. My tongue burned horribly for a few months. I lost over 10 pounds because eating was too painful. I saw at least 10 different doctors and specialists, both in the US, and in Denmark. Nobody knew what it was. Then, one day, it went away.

More recently, I had an insane fever, had a horrendous outbreak of seborrhoeic dermatitis, and dozens of veins burst in the palms of my hands and soles of my feet. I looked and felt like an extra from World War Z. It was excruciating. Diagnosis? Some kind of regular ol’ virus. But why was I so slammed by it? What’s next? Spontaneous human combustion?

The dermatologist had me go through an all-encompassing set of tests. Almost everything came back negative. Except one result: Borrelia. Wait, what? I showed positive for both old and new antibodies. (What does that mean, anyway?) And when the heck did I get bitten by a tick, when I never had the obvious skin reaction and “bullseye”?

I took 10 days of strong penicillin. Then I got a cold. Now I don’t have a cold. And do I still have borrelia? I have no idea. I watched a documentary about Lyme Disease, Under Our Skin, and it was freaky, because there is a minority of doctors who think it’s actually really hard to cure, requiring years of antibiotics.

Bottom line? I have no idea.

This website has so many cool posts. I absolutely love this one about time. We often hear about the “humans arrived at 11:59 PM on the Earth’s clock-history”, but the way things are zoomed out here is awesome.